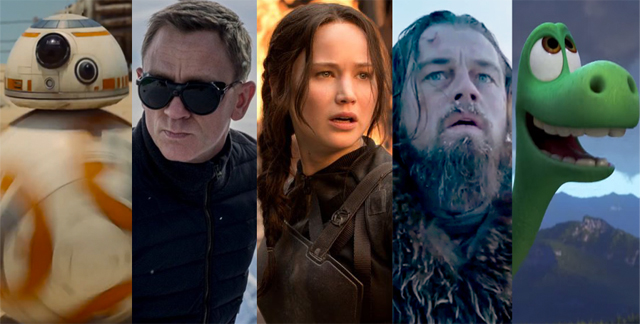 With the holiday season in full swing, these last two months of the year will be filled with a number of highly anticipated films to be released at a movie theater nearest you! With the Oscars just around the corner, Spectre kicked off the holiday season and has earned almost $300 million worldwide so far. Other highly anticipated films that are expected to hit theaters before the end of the year are Spotlight, Carol, Brooklyn, By The Sea, The Danish Girl, The Big Short, Concussion, Joy, The Hateful Eight, and The Revenant. A few franchise titles will also be releasing this holiday season like Star Wars: The Force Awakens and The Hunger Games: Mockingjay – Part 2, which have many super fans buzzing across the globe.

All in all, these are some of the films you shouldn’t miss this holiday season! Feel free to click the link below to see a complete list of films releasing this year.